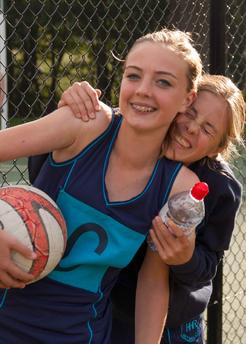 Hertford Heath ‘Rangers’ Netball Club was formed and founded by Maureen Perez in 1992.  Having coached the children at the village school, a ladies team was put together mainly consisting of mums and their friends.  After a while, the team were entered into local leagues and from then, the club has continued to grow.  In 2005, the club formed a junior section which has grown considerably along the way.  The club has numerous junior and senior teams, across all age groups, competing in local and county level netball.

Rangers prides itself on its friendly and welcoming atmosphere, whilst ensuring all players enjoy competitive and spirited netball.  We have a dedicated and qualified coaching team who are very passionate about the sport and a hard working group of volunteers to help run the club efficiently. Running a club involves a lot of commitment and great effort has been put in over the years.  We are very proud of all our players, coaching team and volunteers. Our member categories are split into three sections:

Junior
Junior members are eligible to join from school year 4 onwards (U9s through to U14s).

Youth members can start competing in senior league netball once they reach the age of 14, or school year 10.  Youth players wishing to join the club may be required to partake in trials (U15s through to U18s).

Our senior section consists of adult players of 18 years and over, although, under England Netball Rules, players are eligible to play in senior league matches from the age of 14.  Senior players wishing to join the club will be asked to partake in trials.

To be automatically added to our waiting list, please complete our Enquiry Form.